on this year’s valentine’s day, we had guests over for dinner to celebrate their recent marriage, and we ate shabu shabu for dinner. shabu shabu is a japanese equivalent of bouillon fondú, with finely sliced beef and/or pork, along with other ingredients such as tofu, mushrooms, vegetables, etc. here in japan, we tend to serve meat dishes like shabu shabu for celebrations, because quality meat is generally expensive hence prestigious. 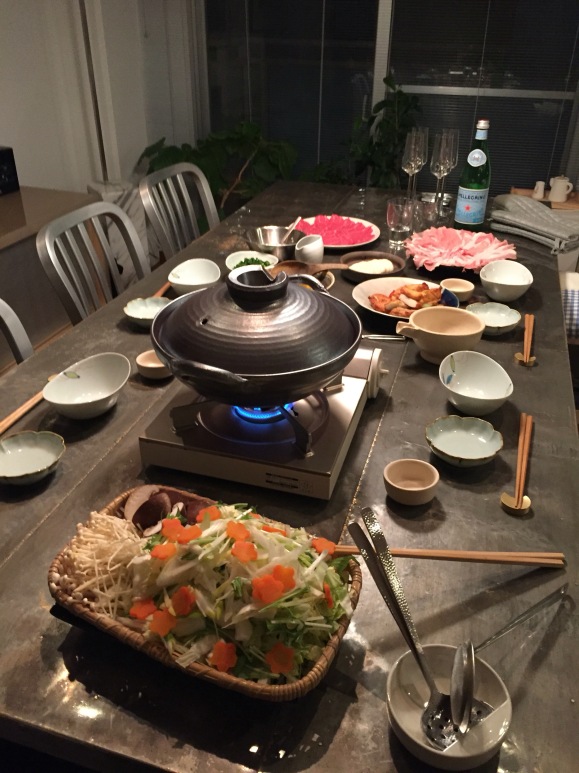 as shown in the picture, we actually cook shabu shabu in a large earthware pot called donabe on the table. we have this portable cooking stove with a can of gas attached to it. so yes, we kind of let our guests cook their own food. but it’s very interactive and fun, great for a dinner party with a close group of friends.
at the end of shabu shabu, we put fresh udon noodles to finish off our meal (in japan we always end our meal with some carbo, such as rice or noodles), and that turned into our LO’s bento the next day. 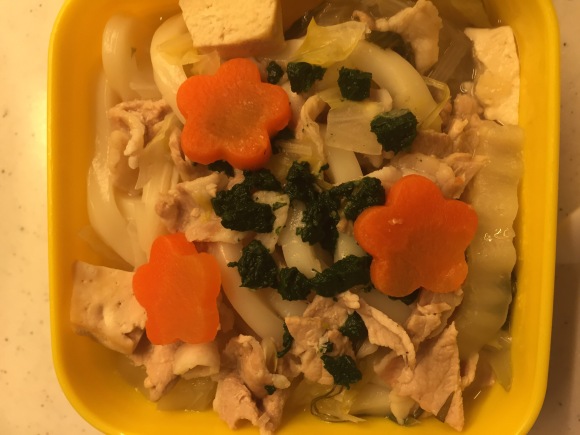 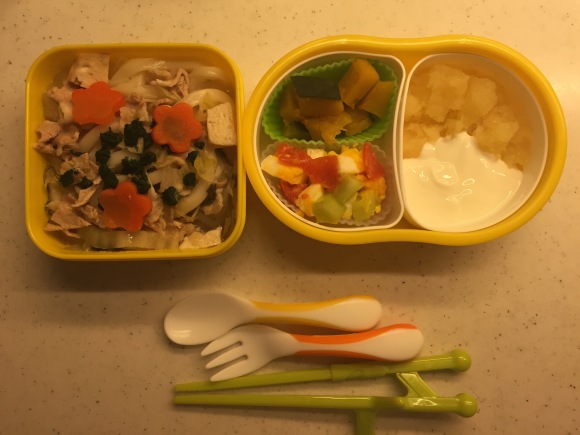 apple mousse and yogurt for dessert